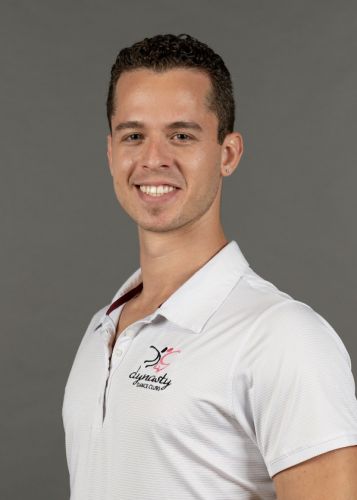 Ron began his dance career at the age of 9 when he first began taking classes at a local ballroom dance studio in Newton, MA. He quickly became interested in competing and was soon performing at all the competitions in the Northeast. At the age of 17, Ron had his first major accomplishment when he won the United States Youth Latin National Championships and went on to represent the US at the 2011 Youth World Championships held in the Czech Republic. Later that year he made an appearance on Dancing With The Stars Season 14 as part of the spinoff series Ballroom Battle. Ron went on to study at Northeastern University in Boston and holds a Bachelor's degree in Business Administration while continuing his dance training in New York with world renowned latin coaches. During that time he succeeded in becoming runner up at the US Under 21 National Championships and placing 4th at World Under 21 Latin Championships held in Paris, France. Ron is now traveling and competing around the world, but also is a big fan of the outdoors. From hiking the Laugavegur Trail in Iceland, to skiing the Alps in Verbier, Switzerland, Ron is always looking forward to spending time in nature and exploring the world. Ron is very passionate about teaching and sharing his knowledge. He hopes to inspire and give confidence to all of his students!

“Dance is the hidden language of the soul.”
~Martha Graham